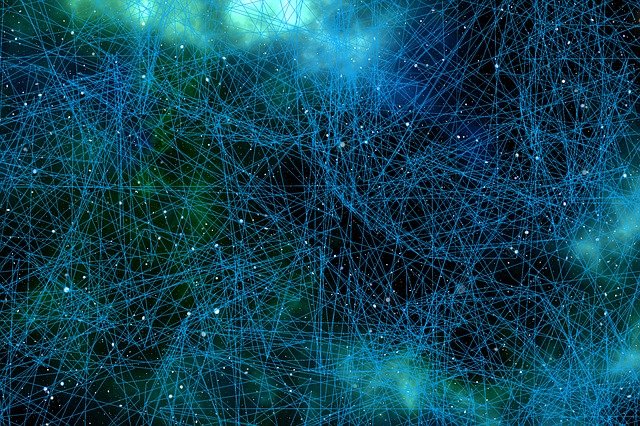 How Blockchain Empowers The Decentralized Web 3.0

Web 2.0, the web we have today has a plethora of issues that need immediate addressing- centralization of data, aggressive censorship, de-platforming, mass surveillance, and privacy issues to name a few. This is where blockchain and Web 3.0 come to the rescue. The blockchain is a powerful technology that has the potential to revolutionize our world in ways we can't even imagine. It's been touted as one of the most important technological advancements of our time. Blockchain technology has many implications on how the internet will evolve into Web 3.0- a decentralized web with more data and privacy protection, and fewer vulnerabilities. So, what exactly is Web 3.0, and how does blockchain power it?

In this blog post, we will discuss blockchain's impact on the future of internet technology and how it can create a decentralized Web.

Read on: Web 3.0 returning internet to users: THE NEXT MIGRATION

Web 1.0, also called Static Web is the first version of the internet that was limited to static websites. It presented users with read-only information that cannot be updated or transferred. The tech companies found that there was no way to make money off it and tried to monetize it. For instance, Google, when it was just a small start-up had heavy traffic, but could not monetize it. Then a few years later, Google developed AdWords, a pay-per-click advertisement model that sky-rocketed Google’s revenue.

When new tools emerged and the internet got monetized, Web 2.0 was born. This is the second version of the internet, the one that we use today. It encourages information sharing, collaboration and relies on user participation to create fresh content so that the tech companies can sell your profile data to third parties for marketing purposes. It features social networks, mobile-first applications, and cloud-driven computing. As a result, the internet now has become a massive app store, dominated by centralized apps from Big Techs like Google, Facebook, and Amazon. Today, almost all of these companies are trying to build an audience, collect data and monetize it through targeted advertising, which is why most services on the Internet seem to be free.

Web 3.0 is based on the concept of decentralization. Simply put, Web 3.0 promises to return the internet to users where no permission is needed from a central authority to post anything on the internet, and these big social media companies cannot exploit data, and use it without users’ meaningful consent. Users have complete control over their data and they decide whether and how social media and other internet platforms use it. It also attempts to grant content creators on the internet like artists, musicians, photographers, video editors, meme creators, etc, a portion of the revenue of the platforms.

Blockchain- The Technology Behind Web 3.0

Blockchain- a distributed ledger that offers security, transparency, and decentralization has been the buzzword for some time now, but what does blockchain have to do with web 3.0? As we mentioned earlier, Web 3.0 networks will operate through decentralized protocols that are the founding blocks of the blockchain. This means it can be used to create an entirely new internet infrastructure with Web 3.0!

The blockchain will be used as the decentralized web’s backbone, providing security and immutability that is unparalleled by any other technology we know today. This means we can use applications that are not controlled by any single entity or government, and more reliable, transparent transactions with fewer vulnerabilities than anything we've seen before.

It also gives people strong guarantees about their data, what they are giving away, and how much information is being provided in return for payment. This is not just for businesses; normal users can also enjoy a decentralized internet where users are incentivized for their contribution to the network through tokens or smart contracts which could be used as payment on various platforms like social media apps and online stores. Thus, in this new world where everything will run off blockchain technology, individuals have more control over their own data.

Web 3.0 and blockchain will change our lives in several ways. Although there are very few early-stage Web 3.0 applications that exist today, the coming years will show us the true potential of Web 3.0 and how it can give the internet back to users. Blockchain is also still in its infancy, with many people only scratching the surface of what this revolutionary technology will provide us in the future. At Rubix Network, we are leading the change in next-gen blockchain technology. We are the proud inventors of the PoH (Proof of Harvest) consensus, a mechanism that reduces carbon emissions by 100%. Our proofchain architecture enables the building of highly scalable, secure, decentralized applications with built-in privacy.

Image by Gerd Altmann from Pixabay